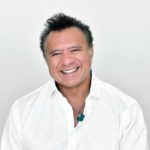 When patients first hear about our Formnovélle™ green laser therapy, one of the first things they want to understand is how the treatment compares to CoolSculpting.

1. The FDA has only cleared CoolSculpting to treat the appearance of fat.

The first important thing to understand about CoolSculpting is this; it is only approved by the FDA to treat the appearance of fat. That’s it. The FDA has not cleared CoolSculpting to reduce fat.(1)

The CoolSculpting System is a skin cooling or heating device. The device is indicated for cold-assisted lipolysis of the abdomen, as well as the flank, or "love handles" in individuals with a Body Mass Index (BMI) of 30 or less. The device is intended to affect the appearance of the abdomen and the flank. Cooling with the device may also be used to minimize pain and thermal injury during laser and dermatological treatments and act as a local anesthetic for procedures that induce minor local discomfort.

Our green laser therapy treatment, on the other hand, is FDA-approved for 18 different clinical applications, including body sculpting and circumference reduction for individuals with a BMI up to 40.

2. CoolSculpting has no placebo controlled studies.

Placebo controlled studies are an essential tool to measure what actually works, and CoolSculpting has no published placebo control studies.

Green laser therapy has been proven effective in double-blind placebo control studies going back to 2013.(2)

Some of our patients see as much as 1-1.5 inches of fat reduction in their first 45-minute treatment.

4. Green laser therapy does not kill or harm your fat cells, it heals them.

Finally, the modest results that CoolSculpting may achieve also come at a steep price. CoolSculpting works by freezing and killing your fat cells.

CoolSculpting works by freezing and killing your fat cells.

Your fat cells are a vital part of your endocrine system, and the last thing you want to do is kill them. Treatments that kill fat cells harm your metabolic system and decrease your natural metabolism, opening the door to progressively more vicious cycles of weight gain.

Additionally, CoolSculpting has many reported adverse side effects(4) including:

Green laser therapy, on the other hand, works by healing your fat cells. It does not freeze, harm, or kill cells in the process. The treatment has no reported side effects and is completely non-invasive with no surgery, pain, or downtime.

Green laser therapy, on the other hand, works by healing your fat cells.

Excess weight is a sign that the fat cells in your body have become sick and bloated. Green laser therapy opens up microscopic pores in your fat cells to release the accumulated excess fatty acids. Once released into your body, these fatty acids are used for energy or drained through your lymphatic system and removed as waste. The microscopic pores in your fat cells repair themselves and close back up within 72 hours of therapy, leaving healthy cells that have been drained of their excess fat. As fat cells release their excess material, they naturally begin to heal and reduce back down to their natural size.

Our weight loss clinics feature two different green laser therapy treatment options for our patients. Our Palm Harbor clinic is one of the first in the nation to offer the latest Emerald laser. We provide the original Verjú laser treatment at both of our clinic locations.

CoolSculpting is a trademark of Zeltiq Aesthetics, Inc., an AbbVie Company.